On Saturday June 18th, First Wing Jet Center and the Commemorative Air Force – Indiana Wing hosted the 15th Annual Open House and Fly-in with Wings Over Indy. The beautiful weather on Father’s Day Weekend brought out a new record crowd of approximately 12,000 family and friends. First Wing Jet Center once again was able to host this event for Down Syndrome Indiana and raised over $20,000 for the organization. The full day event started with the traditional aviation Pancake Breakfast, followed by all day aerobatic performances, concluding the day with a relaxing evening in the Hops n Props tent.

This airshow brought out many well-known acts and individuals including the Commemorative Airforce Warbirds, Indy Biplanes, Tico LaCerda, JP Mellor, and Patrick Mcalee, all of which put on a superior performance and gave enjoyable rides to fans!

Along with an outstanding airshow, Wings Over Indy was a family friendly event that had bounce houses, face painting, airplane rides, static aircraft on display, helicopter and airplane rides, food trucks, local police and firefighters, and the annual helicopter candy drop!

Along the ramp we had many exhibitors and static aircraft on display such as Indiana State University, Purdue University, United States Air Force, Warbirds of Indiana, EAA Young Eagles, Civil Air Patrol, and many others.

This event is an amazing way to explore the wonderful and exciting world of aviation, while supporting two great organizations. We are so thankful for all the community support, volunteers, sponsors, and exhibitors who helped to make this event the success it was!

Save the date! The 16th Annual Open House and Fly-in with Wings Over Indy will be held on Saturday, June 17, 2023! 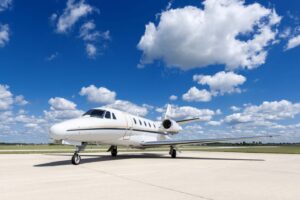 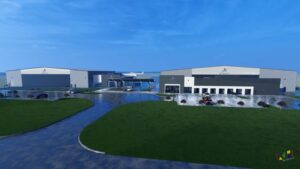